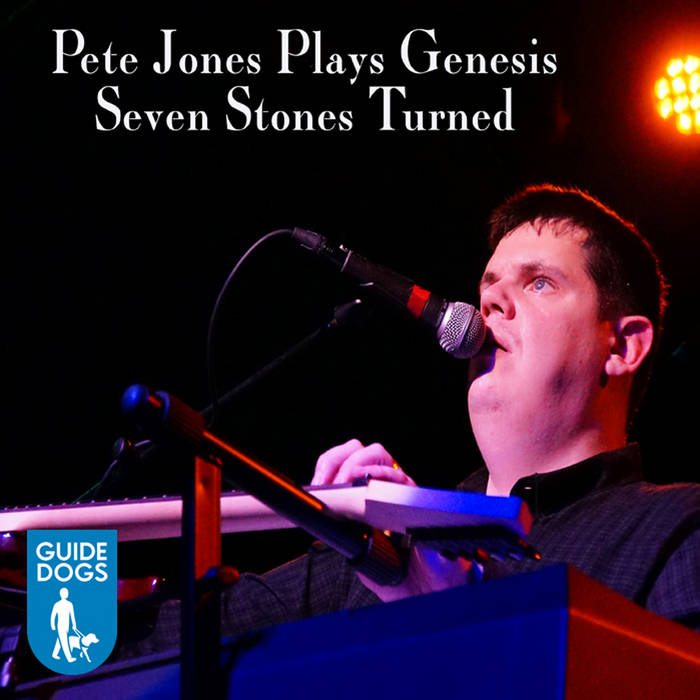 Sven B. Schreiber Did I say that I don't like cover versions? Well, yes, it's essentially true, but Pete Jones is one of the few exceptions. First of all, his voice is plain amazing, and I'm thankful that he doesn't try too hard to imitate Peter Gabriel and Phil Collins. Second, the way he reinterprets the old "Genesis" classics is so touching and full of life that it's real hard not to go for it. Third, his cover versions deviate notably from the originals, which is an important property that renders a remake interesting in the first place - a fact overlooked by many tribute projects. Take "Invisible Touch", for instance... that's how this song should have been from the beginning. In fact, his version sounds more like "Genesis" than the original. And finally, this selection contains a couple of my own very very favorite favorites - i.e. "Undertow", "Afterglow", and "Seven Stones". Pete Jones' versions really are on par with the magic of the "Genesis" recordings in every respect. Favorite track: Afterglow.

Lee Lucas Well I never thought in a million years I would of picked "Invisible Touch" to be my favourite on any album. But thankfully this instrumental piece is perhaps more like "Hackett Touch" :)))))) and very creative indeed. Once again Pete Jones does another GRAND job on these Genesis songs and even though the selection of songs is perhaps more from the Phil Collins singing era they are all very well suited to his own voice, Favorite track: Invisible Touch.

Carsten Pieper 7 more Genesis "unplugged and in one person" covers by this extremely gifted musician. This time more "Collins-era" stuff than on "Selling England for a Pound", but he nails the vocals regardless of who sang the original. Apropos original, listen to what he did to "Invisible Touch" (and don't focus on the vocals ;-) ). Favorite track: Harold The Barrel (live).

Gary Buckley Peter Jones is a true fan of Genesis (all eras), and shows his love for the music of the band through his sensitive and emotional covers of their songs. His original progressive music under the name Tiger Moth Tales is essential listening too! Favorite track: Seven Stones.

After the enthusiasm for the last little collection of Genesis covers, I've decided to put out a few more. With 'Selling England For A Pound' I had the idea to give the proceeds to Guide Dogs, a charity which is very close to my heart. So I'm doing the same thing with the proceeds from this release so please dig deep if you like what you hear.
As with the first collection, a couple of tracks on this album were recorded for a feature on my radio show Tales From The Tiger Moth. 'Harold The Barrel' was taken from a live performance at the CCA in Glasgow last December. The rest of the tracks were recorded in my studio. To make this collection a bit different, I wanted to do my own thing with some of the tracks, so you'll notice that tracks like Follow You Follow Me, Seven Stones and Invisible Touch have a bit of a twist to them.
I hope you enjoy these new versions of classic favourites and I'd like to thank you on behalf of the Guide Dogs Charity for your contributions to such a great cause.
Pete Jones

Featured sounds by K.Spark and WIZDUMB, plus Basi joins the show to discuss his latest release.